OK. This is gonna be a self-serving article. Apologies and all of that.

However, I am wondering why The Last Observer isn’t selling as well in the US as elsewhere….. Having lived most of my adult life in the USA I am a tad disappointed and dismayed by this. Come on you Americans….. where are you? Step up and take a look at The Last Observer.

Here is what one American reviewer says….

“To the seekers of hidden knowledge everywhere, the way is long and hard. Don’t cut corners!”
from the book

The foreword, by Anthony Peake, begins with the statement that for centuries there has been a secret, occult tradition that developed in a parallel fashion with science. Identical in form in the beginning, their approach to reality included both the outer, physical world, and the inner world of thoughts and ideas. Mind and matter were both aspects of a deeper reality, to be investigated through experimentation and observation.

Gradually the investigation of our inner and outer worlds began to take the form of two separate paths. Natural philosophy split into two conflicting world views – the Physical and the Magical. Vasey takes this perspective into the “real” world, in the form of a story of alternate realities, magic, and murder. Straight out of Alfred Hitchcock! Black and white magicians out to manipulate the power of an ordinary man with extraordinary powers of visualization and observation. (If you can picture it in your mind, you can manifest it!)

The story begins with the death of a psychic – a psychic that had been helping the police solve crimes. We meet Edward – an individual who reads about this crime, and realizes that it resembles many others that he had stumbled across, and they were all psychics!

We meet Stan … an individual who lives through books, lives through the images he creates in his mind. Here is where we meet the quantum world. Then we find Edward and Stan together, in a pub, awkwardly discussing the nature of reality. Edward brings up the thought that there are two realities … and that they are not compatible. Stan is getting a little nervous! It turns out the Edward is there to tell Stan that he is in danger. When Edward shows Stan why he thinks Stan is in danger, the story deepens. Hundreds of deaths, and the one connection between them all … they were keen observers! Through these deaths someone is trying to change reality. And, by the way, Edward is a magician! A White Magician. And the reality is … there are also Black Magicians!

Other character are brought in, and through them, we see the magical world, the world of elemental power. We see how personal will can be used to manifest a new reality. From the book:

“Reality is a set of observed symbols to contemplate and learn from, and if we miss an important symbol, then it keeps arising in our consciousness until we finally notice ”

We enter magical worlds, which are presented in a very realistic fashion. The rituals and thoughts as they are presented here are presented in a manner consistent with doing ritual/magical work. We are also grounded it the real world of a “safe house”, with a large library. And in that house, we start to see the importance of imagination. We also find a ritual temple, with a black and white tiled floor. It is also a safe haven from psychic attack. Or is it?

I found this to be an incredible book, with a strong plot, well defined characters, and a very in-depth understanding of the material discussed (quantum physics, reality, the power of observation and more). It so reminded me of a Sherlock Holmes era story, with its twists and turns. I am sure that I will find the need to read this story again and again!

2 thoughts on “Come On Americans!”

G. Michael Vasey is a Yorkshire man and rabid Tigers fan that has spent most of his adult life lost deep in Texas and more lately, in the Czech Republic. While lucky enough to write for a living as a leading analyst in the commodity trading and risk management industry, he surreptitiously writes strange poems and equally strange books and stories on the topics of metaphysics, the occult and the paranormal on the side, hoping that one-day, someone might actually buy them. After growing up experiencing ghosts, poltergeist and other strange and scary experiences, he developed an interest in magic and the esoteric. These days he fancies himself as a bit of a mystic and a magician to boot. Most of his inspiration for his scribbling comes from either meditation or occasionally, very loud heavy metal music. He has appeared on radio shows such as Everyday Connection and X Radio with Rob McConnell to tell strange and scary stories. He has also been featured in Chat - Its Fate magazine and interviewed by Ghost Village and Novel Ideas amongst others. He blogs addictively at garymvasey.com and he tweets micro thoughts at @gmvasey. He also reviews a lot of very weird books at strangebookreviews.com.

Get my Newsletter! - unsubscribe anytime. Sign up at here
Follow The Wacky World of G. Michael Vasey on WordPress.com 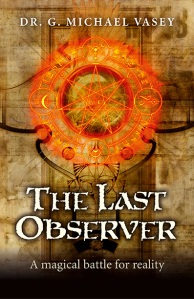 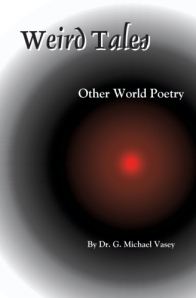 The best of the Wackiest

©2011 - 2014 by G. Michael Vasey. You are welcome to use excerpts, reblogs and links as long as clear, named credit and appropriate links back to this site are used. Written permission is required for all other reproduction. Thank you. Photographs are the property of their original owners and may be subject to copyright. All rights reserved.